Difference between revisions of "History Monks" 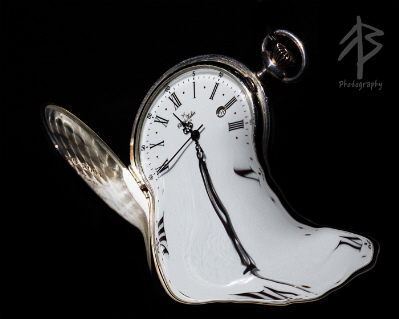 The History Monks are officially called The fighting monks of the Order of Wen.

Living in a hidden valley of the Ramtops, in the area known as Enlightenment country, the History Monks (No Such Monastery, the Men In Saffron ...) are the keepers of History. Their role is to ensure that history follows its correct course, and even to make sure that it exists at all. Times are always getting worse, the monks feel. Again and again some wizard or artificer or mad scientist tinkers with the machinery and shatters the fabric of time and space. The History Monks consider it their duty to put the pieces back together, and to ensure that there are more pieces to follow the present moment. (Incidentally, their activities are quite useful to dismissing perceived timeline issues in particular books, if one is so inclined.)

The monastery was founded by Wen the Eternally Surprised, a monk who understood the true nature of time, and fell in love with the anthropomorphic personification of Time. The History Monks follow the directions in the History Books, huge books in which the entire course of history, including what ought to happen in the future, is written. The History Monks also pull time from places where it's not needed (ex. a classroom of bored pupils) and put it into places where it's needed (ex. a busy factory). The instrument for storing time and paying it out is called a procrastinator. The History Monks also use a mandala (a spread of colored sand) to monitor anomalies in the fabric of time.

The monastery is called Oi Dong. The grounds include classrooms for lectures, dojos for physical training, Qu's area for technological experiments, Lu-Tze's Garden of Five Surprises, the Abbot's quarters, the Mandala hall, and the hall for the procrastinators. Since Wen has set time to stay at the same day in Oi Dong, it is always a perfect day, with ice floating in the stream, and cherry trees with beautiful cherry blossom which (somewhat depressingly, in Lu-Tze's opinion) never blooms into cherries.

In the Dojos, the monks learn from the Dojo Master and practice slicing time, partly to use it as a martial art. It is basically about slicing time faster than your opponent, and so getting in hits faster than he can. There are rumours about an advanced form of this called Déjà Fu. So far, only sweeper Lu-Tze seems to have mastered it.

The History Monks play pivotal roles in the books:

In Going Postal, a possible History Monk is also glimpsed, as an otherwise unremarkable sweeper with nothing suspicious whatsoever about him, in the vicinity of the Sorting Engine in the Ankh-Morpork Post Office. Just a field agent, keeping a trained and watchful eye on yet another of those pesky devices those buggers in Ankh-Morpork keep building, which have the power to distort space and time?