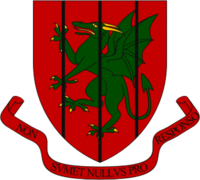 In appearance Lady Sybil is a plus-sized woman with a strong build, as depicted at Deviant Art: Sybil Ramkin by Persian-Pirate. Lady Sybil is about 40 years old when she first meets Captain Vimes in Guards! Guards! and very active in lifestyle, especially concerning herself with swamp dragon care and breeding. Due to the fire hazards associated with swamp dragons, Lady Sybil shaves her head and wear a wig. At social events she is depicted gowned in blue with masses of chestnut hair. She wears the expensive perfume "captivation" on special occasions. In private, she is often seen wearing a modest chestnut wig with leather armors, rubber boots, and thick gloves, as she works with the dragons.

Before she met her husband Samuel Vimes, (then Captain of the Night Watch division of the Ankh-Morpork City Watch), Lady Sybil spent all her time on dragons and seldom attended social parties. Her mansion was very dilapidated, her gardens were a mess of ivies over statues of old Ramkins, there were few servants, and she cooked her own meals and lived in only a few rooms in the large mansion. After marrying Vimes, Lady Sybil became active in society again because she considers that Vimes is truly a gentle man, (not a gentleman,) a good man who deserves better things in life. Lady Sybil is not arrogant, so there are quite a few nobles that she considers to be 'very silly', but she still dines with them and writes to them.