I don't see two possible routes; the question seems to be whether it continues to Hen & Chickens Field or there's an unnamed street rimward from Water Street.--Old Dickens (talk) 03:00, 2 February 2013 (GMT) 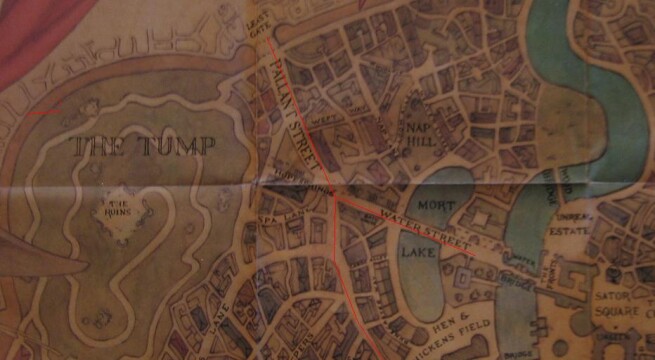