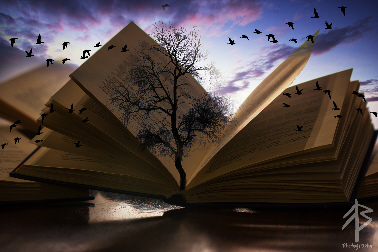 In the high valleys of the Ramtops around the hub, many sects, brotherhoods, and other spiritual groups reside. Despite the cold it's riddled with temples.

The Listening Monks are trained to have near-perfect hearing, which they use to try to discern the faint echoes of the first sounds of the universe. The Compleat Discworld Atlas tells us they are devoted to The Rite Of Good Vibration.

The Brothers of Cool

"(...) a reserved and secretive sect which believes that only through ultimate coolness can the universe be comprehended, and that black works with everything, and that chrome will never truly go out of style." (Thief of Time)

They are known to have a passing-out test for novices which consists of leading them into a room filled with all kinds of clothing, and asking which is the most stylish thing to wear. The correct answer is: Hey, whatever I select.

The Balancing Monks test the tension of the world and restore its equilibrium by placing small brass weights on places like mountains and islets. So far, the world has not tipped over.

The Fighting Monks of the Order of Wen

Also known as the History Monks, living in the monastery of Oi Dong.

An un-named order of monks whose occupation, inclinations and motivations are briefly discussed in The Last Hero. Dedicated to guarding the approaches to the Gods' holy mountain against intruders, and possibly to the breeding, stock-management and welfare of the homicidally insane monsters to be found in an otherwise bleak mountain and cave wilderness, it is uncertain if the Order still exists as a going concern. The Silver Horde were seen to come out unscathed at the other side of the approaches, carrying a variety of interesting steaks and fillets wrapped in hastily torn-up saffron robes.

Possibly the richest sect in the world. They believe that large amounts of money are evil so they collect as much money as possible to protect innocents from its horrible corrupting power.