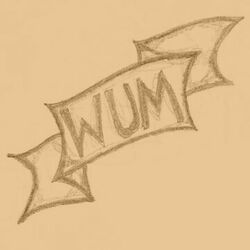 Needle Ned appears in Feet of Clay in a fleeting reference. Nobby Nobbs points out that he has a tattoo on his arm saying "WUM".
It was supposed to be "MUM" but he passed out on alcohol and Needle Ned didn't spot that he was upside-down.

Ned is still decorating flesh in Ankh-Morpork; he works out of Crybaby Alley*(F8, g7) in the heart of the Shades. Be warned: you can go deeper into the Shades, and further away from any main thoroughfares. Crybaby Alley is still a long way away from Elm Street, though.) But The famously dyslexic Ned clearly states on his advertising Bring Your Own Spelling, so Nobby and other victims of misplaced lettering can't say they were not warned.