This article makes frequent reference to vampires feeding from cattle, and while it is true that in The Fifth Elephant a black ribboner made reference to drinking bulls blood, the term cattle is commonly used by less 'nice' vampires as a euphemism for humans. Also a greater mention of the Überwald League of Temperance would be good.--Teletran 10:03, 29 January 2007 (CET)

OK, I found it. Lady Margolotta says it's not made with Vodka, but I still wonder why it has two capital "B"s. I never take The Author too literally; he's notoriously sneaky. --Old Dickens 16:24, 31 January 2007 (CET)

I question Margolotta's assignment to "craves power over people". I'd suggest she falls in the substitution group, her obsession being a new world order. I can't think of any support for the "craving power". --Old Dickens (talk) 03:19, 6 January 2014 (GMT)

I'm thinking about being a vampire for Halloween does anyone know a good description of what Otto Chriek dresses like?

There has to be a place for this... 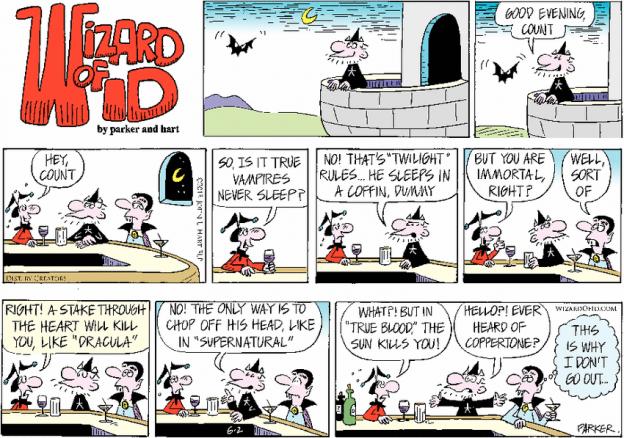