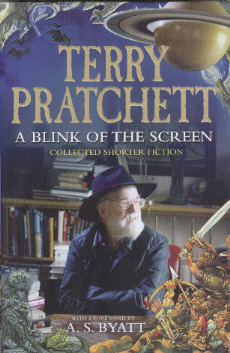 The collection contains a short story in which an author of heroic fantasy fiction decides to kill off the barbarian hero who made his literary name, so as to focus on more serious writings. And then the Barbarian Hero turns up on his doorstep to complain about being killed off....