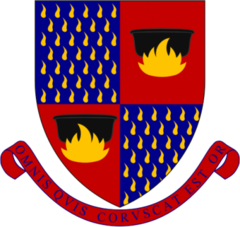 All that glitters is gold.

Likely the loudest among the guilds in Ankh-Morpork, but not politically powerful. The Alchemists' Guild is known more for its failures than its successes. That is to say, more people (in fact, everybody in the city) are aware of the explosions produced by the guild's members rather than the actual products and services they render. The guild building is blown up a few times a month, and is therefore under a perpetual state of repair. Supposedly, an alchemist's goal is to turn things into gold; it is strange, then, because it should be hard to make metals explode. In reality, the alchemists also mess with all sorts of chemical reactions. Their development of the Octo-cellulose film led to the moving pictures industry, and the guild president was, for quite a while, leader of the industry (in Moving Pictures). Another notable project was to transmute things into artificial ivory, so that billiard balls could be made without going to the trouble of getting the tusks off the elephants (appears in Men at Arms). Alchemists dabble in everything they can get their hands on.

The Alchemists' Guild would make a very bad neighbor. Yet, the Gamblers' Guild likes their location right across the street. The reason probably has to do with the Lady and the opportunity for a stable bet.

Many Alchemists, or maybe apprentices in the guild, are likely to be former members rather than current members, because they tend to die of explosions or from drinking whatever chemicals they had mixed together. In a queer way, it is fortunate that Alchemists usually don't spend enough time in social company, or don't even live long enough, to marry and have children, otherwise, the widows and orphans fund would be in permanent deficit.

A notable former member who is still alive is Cheery Littlebottom, now head of forensics in the Ankh-Morpork City Watch (joined in Feet of Clay). Cheery was expelled from the guild through the roof while blowing up a much larger than usual part of the guild council hall. From what Cheery remembers, it is said that there are two signs of a good Alchemist: the athletic who can get behind an upturned bench very quickly, and the intellectual who knows exactly when this needs to be done.

Leonard of Quirm, while not a guild member, was recognised by Mr Silverfish as a man who 'tinkered' with the alchemical arts and perhaps belonged to all guilds, including the Alchemists.

Alchemists are traditionally very, very, wary of anything that smacks of magic because they have no wish to meddle in the affairs of wizards. Who on the Discworld may not be all that subtle but are certainly quick to anger, especially towards amateurs poaching on their turf. Considering that if only one out of two is right, the anger of wizards is the important one to be wary of, this is the reason why the perceived magic of moving pictures was taken out of Ankh-Morpork to the safely distant location of Holy Wood.

Meanwhile, the Alchemists may not be aware that the Wizards have developed an equal caution towards dabbling in anything that could be perceived as "science", and therefore by right the alchemists' province...