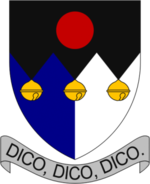 Guild of Fools and Joculators and College of Clowns, or "Fools' Guild" for short. Originally, it was the Guild of Fools, Joculators, Minstrels, Buffoons and Mime Artists, but following the advent of Lord Vetinari as Patrician, the bit about Mime Artists was discreetly dropped. Mime is still taught in the Guild, but very, very, cautiously, and students taking the course are warned not to try this on the other side of the gates. The guild is located right next to the Assassins' Guild in Ankh-Morpork. It stands on a site with a gloomy and oppressive history suggesting a lot of suffering and human misery even before Guild founder Monsieur Jean-Paul Pune bought the land. Adding to the sum total of accumulated misery, the Guild buildings were eventually redesigned by Bergholt Stuttley Johnson, incorporating the famed giant red nose overlooking the central performance arena. 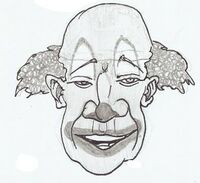 The guild secretary is a man nervous from too many custards and is a misfit among other guild leaders during meetings called by the Patrician, Lord Havelock Vetinari. The guild trains clowns (men with colorful wigs, make-up on their faces, fake red noses, baggy trousers, huge shoes; usually in public performance), fools (men with horned hats and colorful checkered shirts and tights; usually individual entertainers of nobles), and joculators ("standup" comedians or mountebanks.) One famous alumnus in the Fool track is currently King Verence II of Lancre. The serious öutlook in life that King Verence II holds is a demonstration of how stark his training had been. Generally, the boys studying in the Fools' Guild sleep in dark, cold, narrow rooms, practice jokes and tricks, listen to the laughters of students in the other guilds, and in particular, watch in hopeless envy the genteel, airy life of the students in the Assassins' Guild.

While the man who puts weasels down his trousers continues to wow them in the Ramtops, physical comedy is a hard sell in Ankh-Morpork. The Patrician throws mimes in the Scorpion pit, and others are frequently berated in the narration.The Fools are in a losing battle: even if they were better they wouldn't get any respect. The Guild does not recruit women, as it has been conclusively proven that women have no sense of humour whatsoever. However, a pressure group, Jokes for Women, has emerged to contest this idea and is being both persistent and nuisance enough for both Whiteface and Lord Vetinari to be aware of their existence.

The book Making Money introduces a new element to the practice of clowning in Ankh-Morpork. For the first time, at least in the mainstream novels (although this was discussed in one of the yearly diaries) we learn, from the painted-on lips of Dr. Whiteface himself, that there is an even darker art called battle-clowning. This appears to be a formal martial art where the skills and tools of clowning are used, with an almost ninja-like precision, to incapacitate, wound or even kill an opponent. This may shed further light on why the Fools' Guild shares a party wall with the Assassins' Guild, and why this has been used for clandestine contact between the two Guilds. Making Money also raises a new spectre. The example of Cauliflower the Clown opens up the awesome prospect that the Fools' Guild, in addition to Fools, Clowns, Joculators, Minstrels and Mime Artists, also trains and educates otherwise rational people to get into the silly costumes provided and act as hosts and guides at theme parks. (A similar process may explain Disney World's people in the Mickey and Donald costumes).

In Men at Arms we learn that the Guild door has a doorknocker which looks like a pair of plastic boobs. There is a bucket of slop above the door (which usually has to be removed if someone enters on official business). The Guild door is located in a gatehouse, and behind that an inner courtyard, where ceremonies are conducted (funerals and possibly inductions). We learn also that the rooftops of the Assassins and Fools Guild interweave.

Inside the building you can find the Bouncy Normo Memorial Library. There is also the Chapel of Fun which officiates Clown weddings and by inference is the one part of the building where women are allowed, but only under the sternest of conditions. It is not known to which God or Gods the chapel is sacred. The mind is again boggled in contemplating this.

Teaching staff at the Fools' Guild School are collectively known as the Cloistered Clowns, or simply as The Cloister. Cloister members include;-

Clowns in employment to heads of state, crowned monarchs or other interesting positions around the Disc: