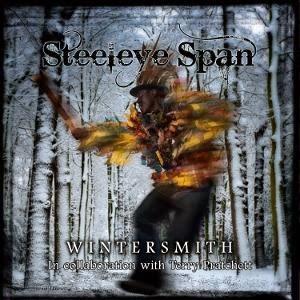 Born on the 14th August 1947, she developed an interest in British, mainly English, folk music and became the face and voice of folk-rock band Steeleye Span. Steeleye Span have occasionally featured in Discworld books: they did the most famous version of the Two Magicians song referenced in Equal Rites as the magical duel between Granny Weatherwax and the Arch-Chancellor. They recorded a version of the classic song Long Lankin, about a mediaeval sadistic murderer, which named an Elf in Lords and Ladies. Indeed, their take on Seven Hundred Elves is about the Elder Race as they really are, shorn of glamour and enchantment.

According to The Compleat Ankh-Morpork one of the streets bordering the Ramkin house and adjoining Scoone Avenue is named Steeleye Street.

Maddy and Steeleye Span take great pleasure in performing the sort of English folk song which Granny Weatherwax would darkly describe as "about goings-on" and for which Nanny Ogg would know all the verses.

On the 18th November 2013, it was announced that Steeleye Span, a band Terry has loved since his youth, will be releasing a CD which is the musical version of Wintersmith, in collaboration with Terry.

Terry and Maddy were jointly interviewed about this project on BBC Radio 2 by Simon Mayo on the 19th Nov 2013. A cracking track, Dance the Dark Morris, was played (and it was very good indeed).

"Once I'd heard Steeleye Span I wanted to hear everything they'd done and I wanted to find everything. They were my introduction to folk music as a whole". (Sir Terry Pratchett)

No version of the Hedgehog Song, though. What an opportunity missed!