From Discworld & Terry Pratchett Wiki
Jump to navigation Jump to search
This article is about the character. For the book of the same name, see Mort.

Fear Not The Reaper

Mort (short for Mortimer) is a young boy from the Ramtops, son of Lezek. He was very thin during his childhood, and he lived at his father's farm until he was old enough to go to apprenticeship, becoming Death's apprentice at the stroke of midnight. There he learned about the fabrics of time and space, the thin line between life and death, and how to clean out Binky's stable. During the course of his apprenticeship, Mort acquired some of Death's special abilities, such as the ability to see the dead and to walk through walls.

As the book progresses, Mort develops more and more Death-like traits: he learns to speak with the voice and Ysabell is alarmed to notice his brown eyes have turned to Death's icy blue. Correspondingly, Death himself becomes more human, as if the roles are shifting, and for the first and only time, His voice is rendered in lowercase, and with quotation marks.

However, the first time Mort does the job by himself, he saves someone instead of collecting their soul, causing a rift in time and space, between what actually happened and what was supposed to happen. In attempting to maintain the reality that he created, Mort rebelled against his Master, resulting in a swordfight in Death's own home.

Mort lost, but Death changed his mind about killing him, perhaps due to what Mort said, or perhaps Death saw Susan witnessing the fight, and realised that it was necessary to keep his apprentice alive. It should be mentioned that during Mort's apprenticeship, his father never knew what Mort was doing; he thought Mort was an apprentice to an undertaker, because of his own subconscious unwillingness to see Death.

Mort married Ysabell and became the Duke of Sto Helit. The couple subsequently traveled extensively among the Sto Plains cities, conducting diplomatic visits to discourage wars that the previous Duke - a chance casualty of Mort - had originally been destined to suppress by force. Both were killed in a coach accident in Soul Music, even though Death had offered them an immortality of sorts in his own realm. Their daughter, Susan Sto Helit, inherited the slap-mark-like birthmark that Death had left on Mort's face. 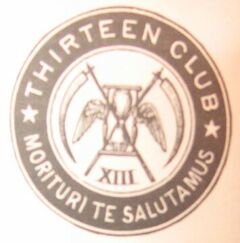