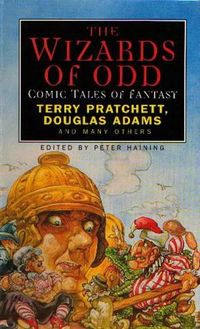 Theatre of Cruelty is a short short story written for W.H. Smith's Bookcase magazine in 1993 and re-published in The Wizards of Odd in 1996 and in A Blink of the Screen in 2012.

The body of Chas Slumber, Children's Entertainer has been found with an array of the sort of unhelpful clues that Captain Vimes has complained about elsewhere. Corporal Carrot interrogates an unusual expert witness and unravels the mystery.