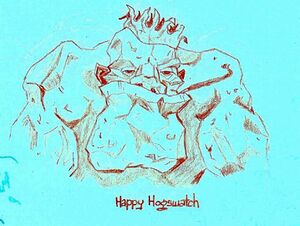 Schist is one of a number of Trolls who appear in the City Watch novels as Troll Constables, never with much dialogue (he is a troll, mind...) but who are there doing a solid job and upon whom Commander Sam Vimes can almost always rely.

Constable Schist was based at the Chittling Street Watch House and considered to be a good officer by Sergeant Detritus who generally oversaw the troll members of the watch. He was one of the watchmen who quit during the events of Thud! claiming 'personal reasons', but Vimes regarded him as choosing loyalty to his species rather than the watch.