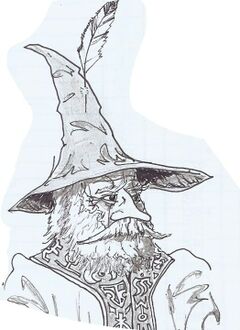 The Archchancellor-elect at the time of the coming of the Sourcerer in Sourcery, Virrid is killed by Coin's staff in its relentless hunt for power and revenge on behalf of Ipslore the Red, while preparing for his inaugural dinner. The fate of his predecessor in the job is not mentioned: but since Virrid had been "patiently waiting his turn for years", we may guess that he wasn't believed to be implicated in his predecessor's death or retirement.