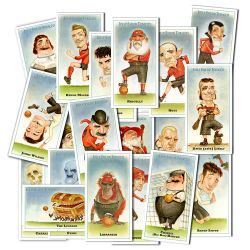 The Ankh-Morpork Football playing cards are a group of 22 (possibly 26), small cards that were originally developed as an extra related to Unseen Academicals. They were created in a joint effort, being produced by Bernard Pearson, illustrated by Paul Kidby, and with text by Terry Pratchett. A set of fifteen was originally planned but this was expanded to 22 during production. The first of the cards was released as an extra with first editions of Unseen Academicals.

The cards were then commercially available from other outlets such as retailer website Amazon, though no longer. The bios on the rear of the cards and their front cover art were later reprinted in the anthology A Blink of the Screen, though only the first 20 cards were included, 2012. 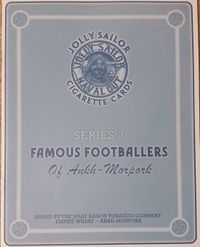 Football Cards at the Discworld Emporium