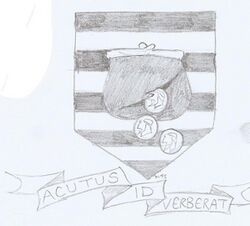 Nowadays, the modern, properly registered Thieves' Guild makes money mainly by having rich people pay an annual premium, and arrange for a convenient date to rob an acceptable amount from these rich clients in their own home. For the poorer (but not penniless) citizens who do not arrange for premiums and appointments, the Thieves quite politely rob them in the streets, in their business premises, or in their homes, not badly injuring them, and always leaving them a receipt which guarantees that these people will not be inconvenienced with another official robbery for the rest of the year. Some of the very modern Thieves stand in front of a prospective client in a dark alley, introduce the Ankh-Morporkian guild arrangement, ask for money, and give gifts such as "genuine crystal glasses", or a book of coupons to visitors to the quaint city (see The Truth).

Since the guild also includes the housebreakers, for an annual fee you can become entitled for a brass plaque to put over your door, so that you won't be officialy burgled.

Although it looks very much like a business run in a way to maintain the old image of the lawless Ankh-Morpork, the Thieves' Guild does consist of Thieves, men who will not hesitate before injuring people while taking their money. More importantly, a Thieves' Guild member carries a Guild license on all business occasions to identify himself to the clients and ensure legalized thieving (see Feet of Clay). Someone found to rob or steal without a license can get arrested by the Watch Officers, and that is a good fate. The fatal fate for an unlicensed thief will be to meet Thieves' Guild enforcers, who will capture him, kill him, and hang his body somewhere in the city, put him up on top of the Guild building where buildings usually have weathervanes or hang him from the gallows (engraved by Ralph Gibbons).

The Thieves' Guild has a guild school and trains young lads and lasses to become Thieves; these youths called Ludd's Lads and Lasses (Ludd being one of the founders of the Guild) are often foundlings, babies left in a basket at the doorstep of the Guild, and so on (Thief of Time). Some of the older Thieves despair of the fact that the training is in school, in classrooms, about reading and writing. At least some training, they feel, ought to be done in the streets, or alleyways at least. Some of the young thief trainees can't even bop people on the head properly, causing much unnecessary pain to prospective clients without rendering them unconscious (see Interesting Times).

With the watch becoming more and more efficient and prominent the number of citizens who question the existence of this guild rises. In recent days it is asked quite loudly why people should endure being robbed at all. However, as the guild system has proven to keep crime under control (with the introduction of the guilds crime has actually gone down), it is not be expected that the guild will vanish anytime soon.

There is another good reason why the Guild suits Vetinari in its current form. A significant proportion of what it reaps every year via its criminal activities is paid on to the City as Guild Tax. Thus, by-passing the inefficent and possibly corrupt Mr Creaser, diligently collected by the Guild and paid promptly to Vetinari, the Patrician enjoys all the benefits of receiving taxation revenue while escaping the blame and opprobium of actually collecting it.

Notable "families" in the Thieves' Guild, or surnames that young lads and lasses adopt:

Within the current guild system, amidst citizens who oblige about premiums, ask to see licenses, and carry their receipts, the Thieves' Guild is one of the more powerful guilds in Ankh-Morpork. Current leader: a Mr. Josiah Herbert Boggis.

The Thieves' Guild School: As mentioned aboove, the Guild sponsors a School and what could be described as a Further Education College, for adult entrants and graduate Thieves looking for further vocational training. Inferentially, like the Assassins' Guild School it reflects aspects of the class system in British education. If the AG School is the expensive and socially prestigious private school at the top end of the scale, the Thieves' School would be the equivalent of the shabby and underfunded Secondary Modern down the road serving the sons and daughters of the proletariat. It is a safe bet to say there would be a lot of mutual anomosity between both sets of students, with both seeking to fight ongoing skirmishes in the Class War.

Coat of Arms by Matt Smith