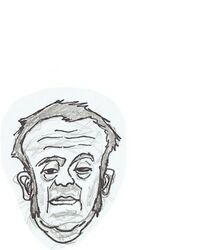 Well-known disreputable tavern. Heroes of the Discworld frequent it when they are in Ankh-Morpork, and bar brawl casualties are quite high. However, if a tourist wants to meet heroes and see them in bar fights, The Drum is the place to go. Originally The Broken Drum, this tavern has been renamed The Mended Drum after a change of ownership and a reconstruction due to a fire chronicled in The Colour of Magic.

The interior does not differ much from the interiors of an uncountable number of other taverns which are less well known. But one does not enter the Drum for posh decoration. To enter the Drum one first has to pass one of the troll bouncers. And believe me, they really know how to bounce. In fact, they used to be called Splatters. After entering the pub one has to walk down some stairs into a dimly lit room filled with cheap furniture. The furniture is cheap, because it usually needs to be replaced after the nightly bar fight. The floor is covered with sawdust to soak up all kinds of liquids sprayed on the floor. And the guests, well, let's not talk about the guests. But in spite of all this, on some nights this is actually the place to be. And if the barkeeper is in a really good mood, he might even put out some bowls with peanuts. But only if he's sure the Librarian isn't going to come in.

It is said that, nowadays, a child can safely walk into The Drum, purchase a glass of milk, and not be bothered by the rest of the clientele. The worst that the child may come to face is a ding alongside the ear when his mother hears his expanded vocabulary.

Like 80% of pubs on Roundworld, the Drum has tried to re-invent itself many times so as to get a larger share of the drinking person's liquid assets. Sometimes this has been unavoidable - as when the first mentioned licencee Broadman was sold an insurance policy by Twoflower, interpreted it in that cheerfully entrepreneurial Ankh-Morporkian fashion, and in seeking to capitalise on the policy, succeeded in setting fire not just to the Drum (and himself), but half the city.

Other tenants of the Drum, notably Hibiscus Dunelm (shown, as drawn by Matt Smith), have tried to re-invent the establishment as a venue for unlicensed music and entertainment, but the entertainment provided to the patrons was along the lines of "Oh look! A moving target!", as the Band With Rocks In discovered.

Still others have tried to provide games of skill, knowledge and dexterity, but the Quizzing Device was hastily removed after Captain Carrot saw its potential. This was replaced with Barbarian Invaders, but nobody else could get a look in because of the Librarian.

While it is true to note that in today's Mended Drum, the pub brawls are as often as not extensively and meticulously choreographed for the visual spectacle they offer to visiting tourists (with an Igor standing by to re-attach any mislaid bodily parts - just be sure everything is tattooed with your name, lads, as Igor can't be expected to guess), it can still be a dangerous place where Suicide is an option. Objecting to a muscled horned-helmet-wearing and axe-toting hero who has moved in on your girlfriend while you're getting the drinks in, for instance, is a form of committing suicide, as Moist von Lipwig correctly surmised. However, if she then threatens to drill through his foot by application of principles of simple leverage via the fulcrum provided by a "Lucrezia" kitten heel, this is considered to be a creatively acceptable way of disarming the situation).

Other mentioned pubs in Ankh-Morpork are Biers, The Bucket and The Troll's Head. The Drum is famed not for its beer (which tastes like battery acid) but for its clientèle. It is said that if you sit in the Mended Drum long enough sooner or later every major hero on the disk will come by and steal your horse. This is certainly true.

In the course of the tales, the following notable heroes have frequented the drum:

It is well known that a Broken Drum cannot be beaten...

When Moist von Lipwig and Adora Belle Dearheart visit the Drum to observe training is in progress for a staged pub fight, the description of the moves and choreography involved could come straight out of the sort of old-time Saturday afternoon wrestling show, "live from the Town Hall, Batley, Yorkshire" (as hosted by Kent Walton) or other prestige venue in the North. For as everyone knows, professional wrestling is elaborately scripted for the spectacle rather than the sport. This is more the old-fashioned spit and sawdust arena of British pro wrestling, rather than the hyper-athletic glitz of the WWE.

This also echoes the long-term drift of the Discworld, from the The Colour of Magic days where Heroes were free to roam, and savage tribal Gnolls infested the remote places ready to beat up a wagon train, the Disc has shrunk, with Clacks lines and coach roads bisecting the continent. The world no longer has a place for old-fashioned free-spirited barbarian heroes, as we see in The Last Hero, and the last remnants of defeated Gnoll-dom are trickling into the big cities to perform the lowest and most menial tasks (such as collecting rubbish for Harry King).

The inescapable analogy for the Discworld is with the tail-end of the nineteenth century and the last subjugation of the American West. The end came with unbelievable speed: as late as 1870, the Sioux still roamed free: but by the 1890's, they were all in reservations and the last Indian hold-outs, the south-western Apache tribes, also surrendered. All Indians entered the subjugation of the reservation system, or filtered into towns to be given the dregs, work and housing-wise. (reference the fate of the Gnolls). North America also discovered it had no place for living heroes, except in institutions like Buffalo Bill's Wild West Show, where cowboys and Western heroes performed choreographed routines for their supper. This institution is reminiscent of the way the barbarian heroes now earn their living staging mock bar fights in the Drum. A pub which twenty-odd years ago was the staging-post for barbarian expeditions into the hinterland (in best Dungeons and Dragons fantasy tradition) now hosts the last remnants of the barbarian hero tradition, pretending to beat seven bells out of each other for money.

In The Long War, a collaborative series by Terry Pratchett and Stephen Baxter, Joshua Valiente and his family check into a hotel called the Healed Drum on a stepwise world called Valhalla. Thomas Kyangu, the character who brings them there calls it "the best hotel in Valhalla.

In Strata, a science-fiction novel written by Terry Pratchett and published in 1981, Kin Arad does some business in a bar called the Broken Drum while aboard a space station. When she asks about the name, Kin is given the "can't beat it" punchline.

There is an actual Roundworld pub known as The Mended Drum, based on the Discworld one. Hopefully some of these beers are served there.