Cecil Wormsborough St John Nobbs (St John pronounced as Sin-jun), Mr. Steel-toecaps-in-the-groin, I-was-just-checking-the-doorhandle-and-it-opened-all-by-itself, usually called Nobby, has a long history in the Pratchett world, most of which is unsavoury. This probably pertains to his person rather than any particular act: Nobby, perhaps, should have been disqualified from the human race (for shoving). Nobby, shall we say, acquires things. He is good at acquiring things. He keeps moving rooms at Pseudopolis Yard owing to his habit of filling them up. Nobby likes to take small things that nobody is watching, but that perhaps is not very rare in Ankh-Morpork. He had been a street urchin, and it appears that he has never grown out of the habits he acquired back then. He has been playfully described as "only bad in the same way that a weasel is evil," lacking the maliciousness, stupid bravery. or hubris of genuinely unsavory characters. In short, Nobby ain't half bad, and he looks after his mates, but he looks after himself first, as you do, "and I didn't do it, it was Fred, see?"

Nobby is the only human known to need to carry a declaration, signed by Lord Vetinari to the effect that; "following affidavits from the midwife and a doctor, I confirm that the bearer is, in all probability, human." Characters up to and including Death (Hogfather) are sometimes hesitant to comment.

Nobby is both a romantic and a cynic. He is enthusiastic about folk-dancing and historical re-creation, activities considered by the average Ankh-Morporkian to be the pursuits of a twit. On the other hand, he is good at picking out weak points in other people's arguments, and he believes there is always a catch in a good offer. One day he hopes to have a young lady, but he's not easily pleased. Recently the incredibly gorgeous Tawneee fell for him, (suffering from the worst-known case of Jerk Syndrome,) but its been implied that he has turned her down for her lack of culinary skill. Other women have tended to throw things at him - especially Verity Pushpram. Following a trip to Klatch, he has become worryingly enthusiastic about the prospect of undercover work, particularly that which involves dressing up as a woman. 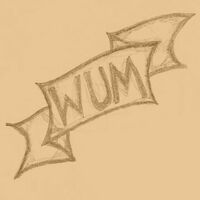 At the end of Snuff, after being tragically spurned by Verity Pushpram, (who is marrying another), Nobby's luck appears to have changed for the better - well, changed, anyway. He is seen to have acquired a very singular girlfriend, Shine of the Rainbow, who is completely matched to him and who in a very fittingly Quirmian way has switched him on to eating snails. Although his prospective in-laws might still be fearful their daughter is trading down... Nobby also finds himself promoted, at least to acting-sergeant, as Fred Colon is on long-term sick leave. This is justified by his being attached to the new Waterside Constabulary, under the command of Chief Constable Feeney Upshot, to get it off the ground and provide on-the-job training in the, er, realities of police work.